Home / News&Events / Use of antibiotics in dairy cows

Use of antibiotics in dairy cows

The benchmark for residue studies used by us to establish a withdrawal period for a veterinary antibiotic is the so-called maximum residue limit [MRL] set by the European Commission and applicable throughout the European Union. This benchmark is used by government residue testing laboratories for testing samples submitted in accordance with the national residue plan. However, the MRLs for specific drugs are not necessarily identical to the test standards used by creameries to test milk for freedom from inhibitory substances, including antibiotics.  The effect of this means that farmers supplying milk to creameries might need to observe additional precautions in order to ensure that they meet the creamery standards for milk delivery.

Residue testing of milk, honey, eggs and meat is carried out in accordance with the national residue plan. The Department of Agriculture, Food and the Marine, acting with the Food Safety Authority, regulates this activity. The benchmark used for testing is the so-called Maximum Residue Limit (MRL).  MRLs are established for each drug or drug class used in a veterinary medicine.  In the EU, they are elaborated by the European Medicines Agency, following a d etailed scientific review of the toxicology of the drug, as well as an analysis of the absorption, distribution, metabolism and elimination of the drug from treated animals. The same approach is followed internationally in establishing MRLs, which are the basis of internationally-accepted trade standards for drug residues. The MRLs set by the world body, Codex Alimentarius, are taken into consideration when establishing MRLs for the European Union.  HPRA personnel are involved in setting the MRLs under the aegis of the EMA. These MRLs are subsequently adopted by the European Commission and become legal limits which are widely recognised as protecting public health. These limits are updated and published by the EU Commission on a regular basis, for further information please click here. Once adopted in the EU, HPRA is allowed to authorise veterinary medicines containing the substances concerned, on foot of an application from an animal health company.

The benchmark used by the HPRA to evaluate withdrawal periods for veterinary medicines is the MRLs in force in the EU. The applicant companies (known as marketing authorisation holders) for products intended for use in food-producing species are obliged to conduct residue studies on treated animals under specified dosage conditions and to provide us with these data as part of their application for marketing authorisation. The HPRA evaluates the data from these studies against the MRLs specified for the drugs in question. Using the approach specified by the EMA, we establish a withdrawal period for each product on the basis of how long it takes for residues to deplete to concentrations below the applicable MRL values.

These standards are not necessarily the same as those used by creameries and milk processors (who might use tests that are more sensitive to some drugs or less sensitive to others, depending on the precise drug in the veterinary medicine used). In particular, antibiotic screening tests used by creameries are not calibrated to be precisely in line with the MRLs for all authorised veterinary antibiotics; these tests may be exquisitely sensitive for certain classes of antibiotics (e.g. penicillins and cephalosporins) while being less sensitive to other drugs. This could result in a farmer presenting milk from a treated animal to a creamery or milk processor at a time point where the milk would fail the routine screening test being used, even though the farmer has followed the withdrawal period stated on the product labelling.

Creameries and milk processors set out their requirements for milk quality in their contracts with farmers who supply them with milk (the standards applied are expected to be based on customer requirements). These standards generally include specifications for the composition of the milk itself (e.g. percent protein, fat etc.) as well as other parameters (e.g. somatic cell count specifications) and residue specifications (e.g. milk must pass the test being used). HPRA is not involved and does not have a role in setting the commercial contracts for milk supply between farmers and their milk purchasers.

Are invalid if a lower residue limit is applied for testing milk,

Are invalid if the veterinary drug is used at a higher dosage than that specified,

Are subject to revision (infrequently), based on new studies being conducted or changes to the MRL value over time,

Might not be long enough, where different veterinary medicines are used concomitantly or within a short period of time to treat the same animal.

Actions to be taken

We would like to recommend the following precautionary measures to farmers and their health-care professions who are involved in supplying milk to creameries:

Farmers should continue to be vigilant regarding the use of veterinary medicines in general and antibiotics in particular in order to avoid unwanted residues.

Farmers should follow the directions of use stated on the product labeling and package leaflet unless directed otherwise by their veterinary practitioner in order to respect the MRLs set in the European Union. However, these withdrawal periods may not be sufficient to meet more demanding tests being operated at creamery level.

Creameries operating residue standards that are not aligned to European MRLs should clearly communicate those standards to farmers and their veterinary practitioners.

An increase to the stated withdrawal period might be necessary where the creamery standard is more sensitive than the MRL established in the European Union.

Faced with a problem of a residue violation having used the medicine as recommended, users of veterinary medicines should discuss the matter with their veterinary practitioner who should report the issue either to the company concerned (i.e. the marketing authorisation holder of the product concerned) or to the HPRA. We will treat the matter as a suspected adverse reaction and follow up accordingly. 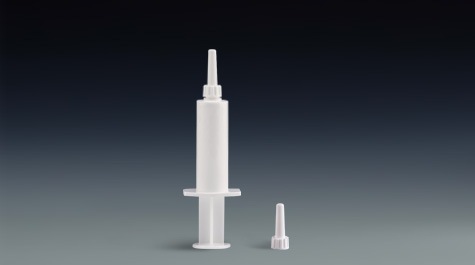 Previous: Use of veterinary antibiotics