Home / News&Events / Use of veterinary antibiotics

Use of veterinary antibiotics

The use of antibiotics in animals is a potentially important risk factor for the selection and dissemination of resistant microorganisms and determinants from animals to humans. This risk arises via the consumption of produce (milk, eggs, honey, meat) from treated animals, but also with contact with treated animals themselves (be they pet animals or food-producing animals) as well as their environment.

Many of the antibiotics used in the treatment of animals are the same drugs as those used in human medicine, albeit that approximately 88% of veterinary drugs used in Ireland is made up by older drug classes including penicillins, tetracyclines, potentiated sulphonamides and aminoglycosides. Antibiotics have been used widely in the treatment of animals since the 1950s and are viewed by veterinary practitioners and other health care professionals as being indispensible for treating animals.

The development of resistance is a natural process which increases every time an antibiotic is used. The initial emergence of resistance is thought to be a random occurrence that arose during replication of bacteria. However, once resistance has occurred, the use of an antibiotic kills or inhibits competing bacteria present in the animal or human, thereby favouring the spread of those bacteria that have become resistant. This defensive mechanism whereby resistance genes are selected in the face of exposure to a particular antibiotic is known as selection pressure. The more often exposure occurs, the greater the risk that resistance will develop. As bacteria reproduce very rapidly, organisms with the resistant gene can rapidly become dominant in a bacterial population with an individual animal or human. Moreover, these genes appear to confer some advantages to the bacteria concerned, as they can survive in the animal, human or the environment for a long period of time, even when the use of the antibiotic has ceased for weeks or even months.

Nowadays, exposure to even one antibiotic may result in the selection of resistance to a range of other antibiotics. The reason for this is that genes conferring resistance upon bacteria are often closely linked together.  During reproduction of the bacteria, these resistant genes link together and are transferred are replicated in the recipient bacteria. These genes, or DNA fragments, are available also to other bacteria that are present within the animal’s body or in the animal’s environment and may exchange genetic fragments with them.  Some have likened this phenomenon to a type of ‘data cloud’, to and from which bacterial gene fragments are exchanged in a dynamic, opportunistic and promiscuous manner. Ultimately, these resistant genes are also available to bacteria which live in or on humans, which can lead to human infections in certain situations.

The problem of resistance has increased over recent decades.

The risk of resistance increases if antibiotics are used:

At too low a dosage,

For too short a duration,

As a blanket measure in an untargeted manner,

For the treatment of bacteria that are not susceptible to the particular antibiotic,

For the treatment of diseases caused by viruses or other germs not susceptible to antibiotics,

For too long a period of time.

In order for the antibiotic to be effective in the treatment of a particular disease, the drug must be delivered to the diseased tissue at a concentration which is sufficient to kill or inhibit the bacteria causing the disease, for a long enough period to allow the animal’s immune system to mount a defence. Even then, the antibiotic being used will usually inflict collateral damage on other bacteria that it encounters, be they normal inhabitants of the gut, or ultimately in the environment.

Antibiotics are powerful tools when used correctly. They are subject to prescription control in accordance with EU and national legislation. Moreover, veterinary practitioners are under ethical constraints in the manner by which antibiotics are prescribed and dispensed.  Misuse of antibiotics in food-producing animals

In recent years the European Medicines Agency (EMA), acting at the request of the European Commission, has reviewed the indications and conditions under which a number of the more modern antibiotic classes (fluoroquinolones, macrolides and cephalosporins) are used in veterinary medicine. These reviews have resulted in the elaboration of more precise recommendations for use and new warnings which must be taken into account by vets when prescribing these antibiotics.

Separately, a number of organisations have developed 'prudent use guidelines' or 'responsible use guidelines'. These documents are aimed at those using and supply antibiotics and encourage the proper and targeted use of antibiotics. 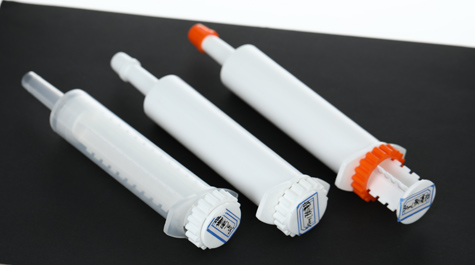 Next: Use of antibiotics in dairy cows