Two-neck bottles are a new type of packaging that has emerged in recent years, mainly used for the packaging of liquids that need to be diluted, such as disinfectants, pesticides, and pH buffers. Sterilizing the bottle is an effective way to maintain the purity of the contents. The two-neck bottle mainly adopts two sterilization methods: ethylene oxide or cobalt 60 irradiation. 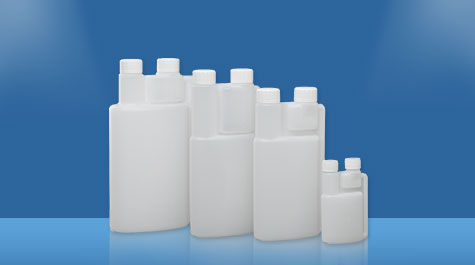 Ethylene oxide sterilization:
Ethylene oxide, also known as ethylene oxide, is a colorless liquid at low temperatures with an aromatic ether smell. It has a boiling point of 10.8°C, an odor threshold of 760 mg/m to 1064 mg/m, and a density of 1.52. Ethylene oxide is flammable and explosive, with a minimum combustion concentration of 3%, which has strong gas penetration. Ethylene oxide gas has strong bactericidal power and broad bactericidal spectrum. It can kill various microorganisms including bacterial spores. It can be penetrated sterilized without damaging the sterilized items. Therefore, most items that are not suitable for general sterilization are all It can be disinfected and sterilized with ethylene oxide. Such as electronic equipment, optical equipment, medical equipment, books, documents, fur, cotton, chemical fiber, plastic products, wood products, ceramics and metal products, endoscopes, dialyzers and disposable medical supplies, etc., are currently the most important One of low temperature sterilization methods.
Cobalt 60 irradiation sterilization: 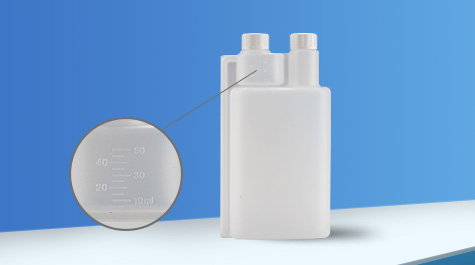 Cobalt 60 sterilization is the use of 60Coγ-ray irradiation to act on microorganisms, directly or indirectly destroy the nucleus of microorganisms, thereby killing microorganisms and playing a role in disinfection and sterilization. It sterilizes at room temperature, has high γ-ray energy and strong penetrating power, and can be irradiated even in a frozen state, so it is called "cold" sterilization. It has the characteristics of no drug residues, no pollution to the environment, thorough sterilization effect of irradiation, low treatment cost of irradiation technology, and low energy consumption.
The above are the two commonly used sterilization methods for double-neck bottles. It is worth noting that if used for food or pharmaceutical packaging, there may be a certain amount of ethylene oxide residue after sterilization with ethylene oxide. The bottle is professionally tested to ensure that the residual amount meets the standard requirements.

Previous: Choose a high-quality bettix twin neck bottle like this