The plastic syringe is a new type of packaging that fills the medicine in advance and has the injection function. This packaging is an upgraded version of the syringe. The difference is that the process of extracting the medicine is omitted and it is more convenient to use. Then, What principle is used for the use of veterinary syringes? 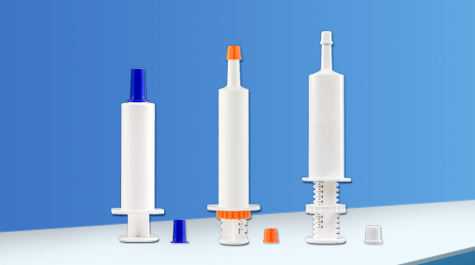 As early as the 15th century, the Italian Catinel proposed the principle of the syringe, but it was not until 1657 that the British Boyle and Rennes conducted the first human experiment. With the continuous advancement of science and technology, syringes are continuously improved and upgraded, and are used in medical equipment, containers and other fields. The plastic syringe is evolved from the syringe and consists of a tube sleeve, a push rod, a piston, a protective cap, and a positioning ring. It can be injected directly when the protective cap is opened during use. This method of drug delivery actually uses the hydraulic principle for liquid delivery. Through the action of force, the liquid is pushed from the place of high pressure to the place of low pressure. Under the action of atmospheric pressure, it flows into the vein or through the thinner injection port. Administration. The principle of hydraulic pressure comes from Pascal’s law, which means that after any point in an incompressible static fluid generates a pressure increase due to an external force, this pressure increase is transmitted to each point of the static fluid in an instant.

There is its own principle behind the emergence of any new thing. The paste syringe cleverly uses the hydraulic principle. In addition to its medical application, it has also been widely used in the packaging of veterinary drugs such as cow mastitis and pet nutrition ointment.