Home / News&Events / How to treat dairy cow endometritis through syringe

How to treat dairy cow endometritis through syringe

Postpartum endometritis is a common disease in the dairy farming industry. It is usually caused by postpartum endometrium or deeper infections. It is one of the common causes of infertility in dairy cows. It seriously affects the economic benefits of farms and treats the uterus. Meningitis can be administered locally through a veterinary syringe in conjunction with systemic treatment. 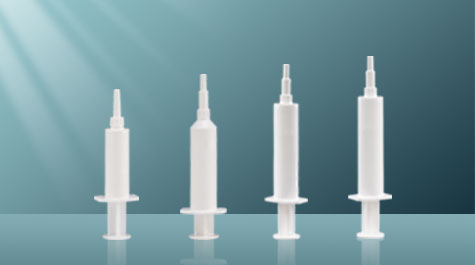 The conventional treatment time for cow endometritis is generally during the cow's estrus period, when the cow's cervix is opened to facilitate the administration of drugs. For mild endometritis, uterine irrigation is generally not necessary, and anti-inflammatory drugs can be injected directly into the uterus using the syringe. Take 2 million units of penicillin and 1 million units of streptomycin, dissolve them with 20 ml of distilled water, and inject them into the uterus according to the method of rectal insemination. This method is used once a day for 2-3 days as a course of treatment.

Severe endometritis is caused by deep-seated inflammation and can be treated comprehensively by a combination of irrigation and perfusion local treatment. It should be noted that every time the irrigation fluid perfused into the uterus should be exported as much as possible, so as not to flush the dirt or irrigation fluid in the uterus into the fallopian tube and cause the fallopian tube to be blocked. Generally, 1500-3000 ml can be used for postpartum uterine verification in cattle. If the reflux fluid is turbid, additional flushing fluid should be added until the reflux fluid is clean.

The key to the treatment of cow endometritis is to eliminate inflammation and promote the discharge of pathological secretions in the uterine cavity. Perfusion therapy is one of the more effective treatment methods. Symptomatic treatment for different symptoms can minimize the loss.

Previous: Precautions for the use of cockroach-killing glue bait