How to effectively prevent avian influenza

Recently, officials reported that a wild swans H5N8 subtype highly pathogenic avian influenza had occurred in Beijing’s Yuanmingyuan Relics Park, with 3 cases and 3 deaths. After the outbreak, the local area immediately activated an emergency response mechanism, carried out emergency treatment, disinfected the surrounding environment, and treated all sick and dead wild birds in a harmless manner. 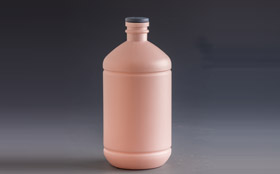 Avian influenza is an infectious disease in birds caused by a strain of influenza A virus. It can cause a wide range of symptoms, from undetectable diseases to rapidly fatal diseases that can cause severe epidemics. Spread, some poultry farms are also prone to outbreaks of bird flu. For the highly contagious avian influenza, the key is to vaccinate in advance and reduce the incidence.

To ensure the effect of vaccination, the following matters should be noted during vaccination:

1. Carefully observe the veterinary packaging of the vaccine bottle before immunization. If the packaging leaks, the vaccine is mixed with impurities, and the emulsion is broken, it cannot be used;

2. The needles, syringes and other utensils used for vaccine injection should be disinfected in advance to avoid contamination;

3. Do not immunize birds that have been infected with avian influenza or have abnormal health conditions;

4. Before using the vaccine, return the vaccine to normal temperature and shake it well;

5. After the vaccine bottle is unsealed, the medicine must be used up on the same day;

6. Used vaccine bottles, injection equipment and unused vaccines should be treated in a harmless manner.

Next: How to ensure the tightness of veterinary vaccine bottles