Home / News&Events / Early prevention of bird flu is the key

Early prevention of bird flu is the key

Winter is the season of high incidence of bird flu. According to CCTV News, from the end of November last year to January 2nd, highly pathogenic bird flu has spread to 42 farms in South Korea in more than a month, and the spread has been accelerating. So far, in order to prevent the spread of the bird flu epidemic, South Korea has culled more than 11.5 million poultry on more than 200 farms. Not only South Korea, but also European countries such as Belgium, Denmark, France, and Germany have reported more than 300 cases of bird flu. 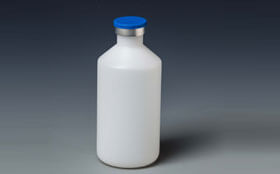 Public information shows that the avian influenza virus is highly contagious among poultry and has a very high fatality rate. Birds infected with this virus usually suffer from breathing difficulties, anorexia, listlessness, and eventually death due to damage to the nervous system. At present, vaccinating poultry is the fastest and most effective way to control bird flu. Note the following when injecting bird flu vaccine:

1. Injection time: Generally speaking, it is most appropriate to inject the avian flu vaccine within one to two months before the flu epidemic. Antibodies will be produced in the body about 10 to 15 days after the injection.

2. Vaccine storage: Inactivated vaccines are generally stored in vaccine bottles, and should be refrigerated at 2～8°C in the dark and should not be frozen or overheated. The vaccine cannot be used if it is observed that the vaccine bottle is damaged, demulsified, layered, and changed in color before use.

3. Use of vaccines: Inactivated vaccines must be inoculated by injection, which can be inoculated intramuscularly or subcutaneously. The syringe must be strictly sterilized before use. The easiest way is to boil it. Vaccine bottles should be used up within 24 hours after being unsealed to avoid local or systemic adverse reactions after the vaccine contaminates bacteria and multiplies in large numbers and inoculates poultry.

The advance prevention of poultry diseases through vaccination can minimize the incidence of diseases and reduce the economic losses of the farm, which is of great significance to the development of the current breeding industry.

Next: The packaging ignores this, the effect of pet nutrition cream is halved